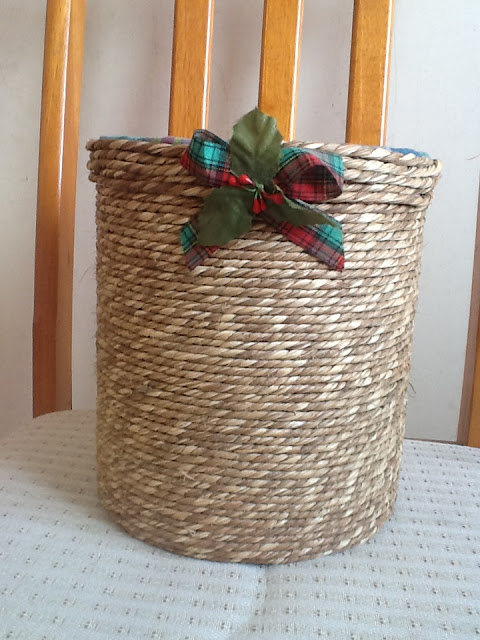 After my apartment was painted, I was left with many empty paint bins. I wanted to convert one to a waste bin and a few others to potholders. We had recently started garbage segregation in our community, so a bin for reject waste was needed. I wanted to beautify the bin by twining a rope around it but never got around to hunting for the rope.

On a trip to Sikar, Rajasthan, I spotted this rope while going around in a local market. It is called 'moonj' and is used to weave 'charpais'. (cots woven with ropes). I am always attracted to rustic things and was delighted to find this. In fact, I wanted just a little bit but the shopkeeper would only sell the whole bundle. It was way too much for my requirement but there was no choice. When I reached home armed with a bundle of rope, everyone scoffed at my purchase and wondered what I was going to do with it. They ridiculed my idea of lugging the rope all the way to Bangalore:)

The rope, however, did get lugged to Bangalore. One fine day, my sis-in-law came to pay me a visit. She loves doing crafty things and I like to have a partner in crime, so we went ahead dressing the bin. After getting it cleaned and dried, we set about our task. It was alright to get the outside covered by a rope but the insides still looked unappealing. So we decided to line it with some fabric. Checkered fabrics always look chic and I remembered a dress that I had stopped wearing. It took a lot of cajoling from my SIL to sacrifice my beloved dress but then it was sheared and we got a lovely lining for the bin. 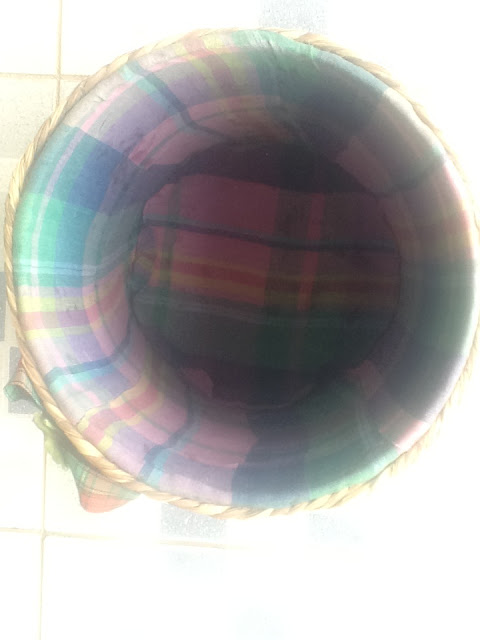 We pasted the bottom with cardboard. Then came the task of twining the rope. It was hard work and I was glad that I started this project with my SIL around. She is very neat and while one person applied Fevicol, the other held the rope tight and stuck it along the binder. After a couple of hours of hard work and sore fingers, we were rewarded with this. We were very pleased with the outcome. 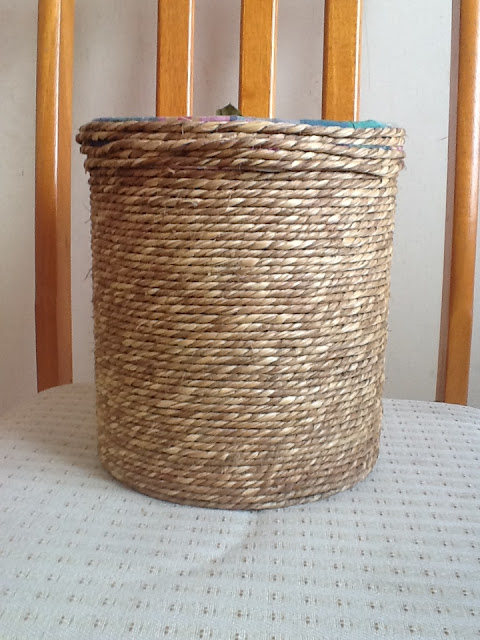 I found a bow and stuck it at the top. What a difference a bow can make!


Now that it looked so lovely and also because it was lined with fabric, it couldn't be used as a waste bin and of course not as a potholder. So we decided to use it as a magazine holder. 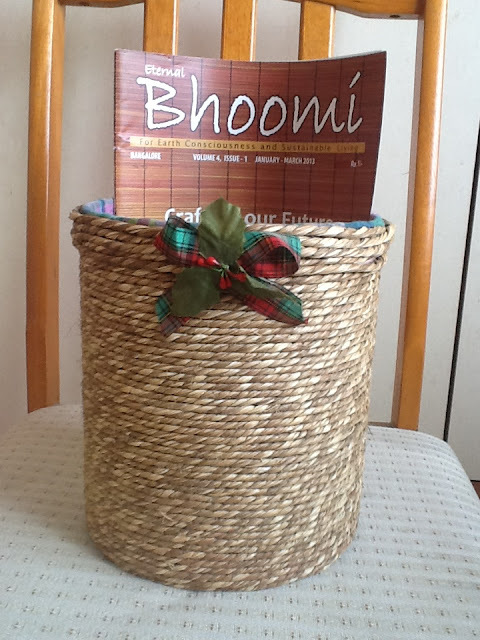 The other bin has been painted with a basic coat and is waiting to be adorned further. I am planning a few worli motifs on it. Let's see. If and when it gets ready, I will post a picture.